The project briefing revealed the clients’ desire to create a new Perth headquarters which strongly promotes their business and brand identity. Electrical wiring diagrams informed the patterns in the concrete walled offices which connect to the workshop through a series of cable tray shading elements.

Characterised by a striking curved veil, we drew inspiration from contracting company Hahn Electrical’s elliptical logo for the design of their new Perth headquarters.

Featuring 800sqm of office space across two storeys and 600sqm of workshop space, the building’s third element is an external sculptural sun screen that links the two.

Not only symbolic and visually striking, the veil has function as an essential source of shade – protecting the office walls and energy efficient glass from solar heat gain.

Paint colour and textures were also carefully considered to create interesting light effects on the façade at different times of the day. 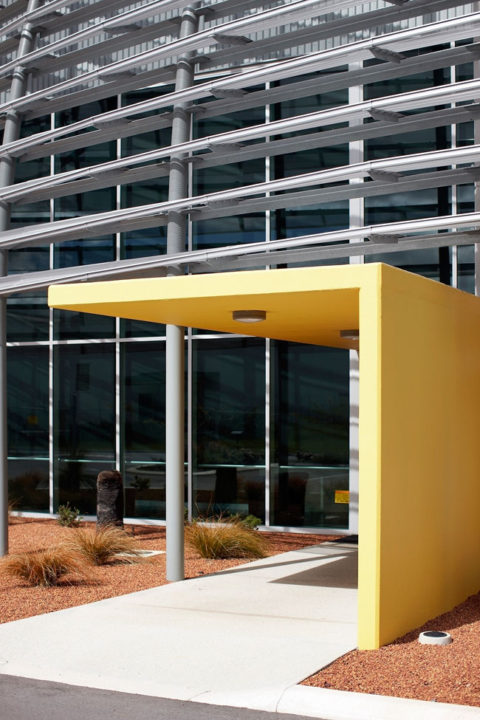 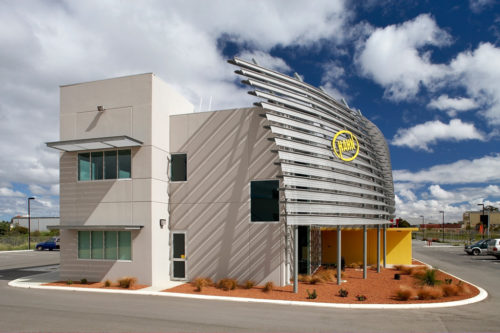 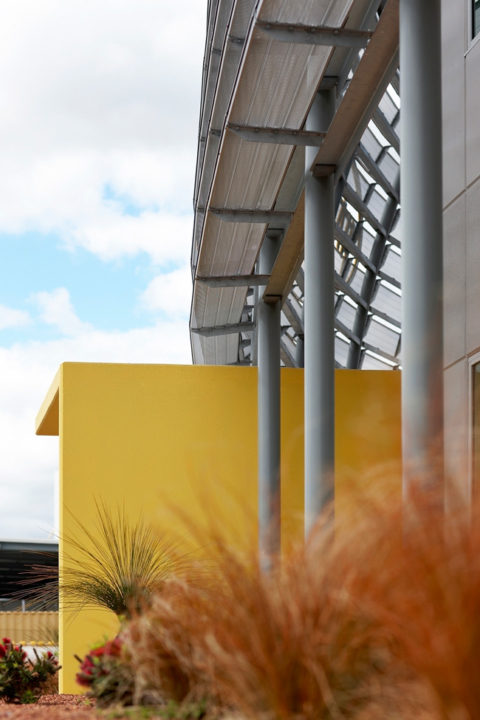 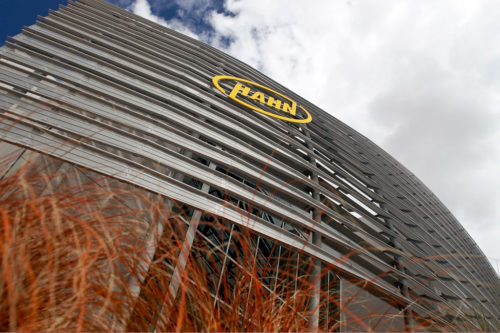 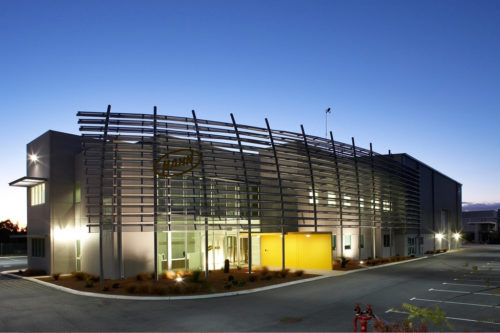